By Anne Price, President, and Jhumpa Bhattacharya, Vice President of Programs and Strategy

On August 18, 2019, the New York Times launched the 1619 Project. Curated by writer Nikole Hannah-Jones, the 1619 Project is a collection of essays and artwork from renowned researchers, activists, and artists brilliantly documenting the ways in which the legacy of slavery, Jim Crow, and anti-Blackness continue to undergird our economic and social systems and policies, and deeply impact our American culture and narrative.

Among social justice advocates, 1619 quickly became the talk of the town. Our Twitter feeds were filled with high praise and love for it.

Yes, finally, we thought. This is exactly what we need to be able to diminish the false race vs. class dichotomy. Now more than ever, our colleagues won’t shy away from talking about the impact of structural racism in economic issues. Race will become a part of our collective vernacular, and we will finally stop hesitating to talk about how anti-Blackness — the devaluing and de-humanizing of people who are Black — is deeply rooted in our economy, the criminal justice system, and public benefit programs.

Perhaps that was wishful thinking.

We are headquartered in the Bay Area, which prides itself on being a progressive bastion of justice and equity. In some ways we are, but when it comes to talking about race, we’re no gold standard. There is still a great deal of reluctance, even among the progressive minded, to talk about race specifically, to consider the Black experience as unique and foundational to shaping our nation’s economic and social policies, and to embark on a serious and sustained effort to center Blackness as a necessary condition of economic liberation for all Americans.

We continue to encounter a class focus in our work on fines and fees, government-sponsored child support debt, and the future of workers — all of which disproportionately impact Black people. Many well-intentioned advocates working in these and other spaces are still not speaking to race for fear of backlash. 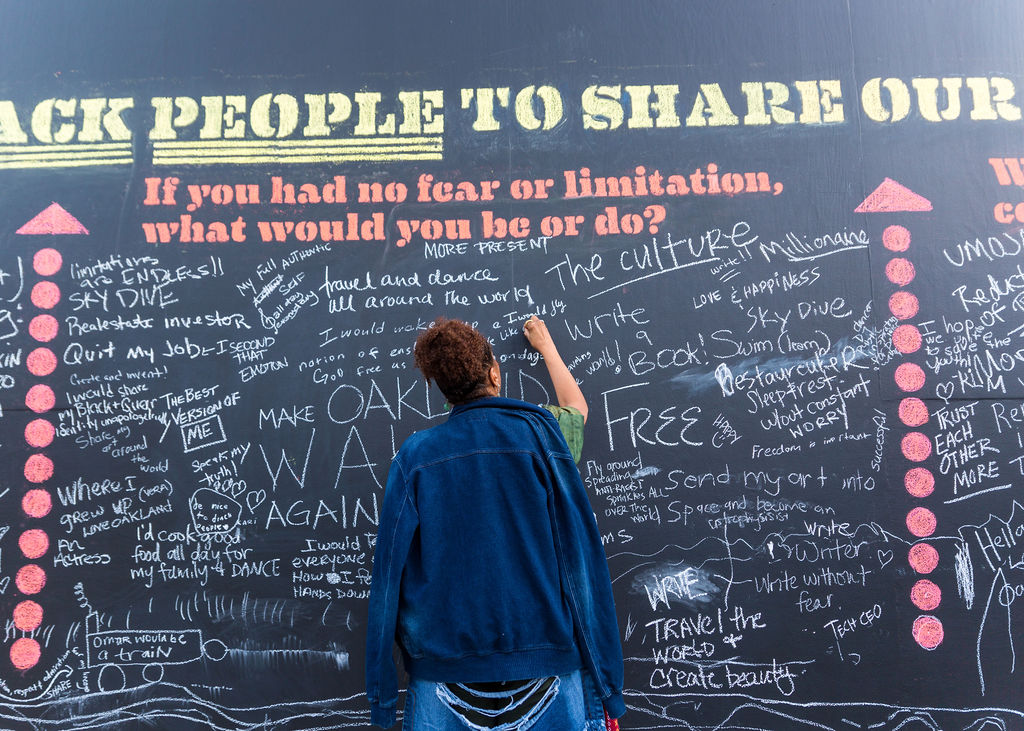