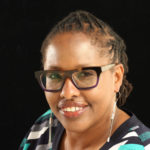 Anne Price is the first women President of the Insight Center for Community Economic Development.
She previously served as Director of the Closing the Racial Wealth Gap Initiative at Insight from 2011 to 2016. Anne was one of the first national thought leaders to examine and push for narrative change in addressing race, gender and wealth inequality. She was also was one of the first experts to make the connection between criminal/civil legal system debt and racial wealth inequality by focusing on state-sponsored child support debt.

Anne is an experienced researcher, advocate and trainer. She has spent more than 25 years working in the public sector on issues that range from child welfare to hunger to workforce development and higher education.

Prior to joining the Insight Center, Anne served as Project Director for California Tomorrow’s Community College Access and Equity Initiative. Anne also spent several years at Seattle’s Human Services Department where she served as the Community Development Block Grant Administrator and Strategic Advisor to the Director.

Anne’s work has been featured in the New York Times, The Nation, The Washington Post, The Mercury News, Citylab, O Magazine, and the Stanford Social Innovation Review and other publications. She has appeared on MSNBC and Noticias Telemundo. Anne is fellow at the Roosevelt Institute in New York. She also currently serves as Board Chair at United for a Fair Economy in Boston.

Anne holds a BA in Economics from Hampton University and a Master’s Degree in Urban Affairs and Public Policy from the Milano School of Management and Urban Policy in New York City.