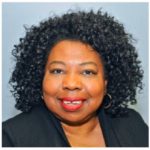 Connie Evans is the President and CEO of the Association for Enterprise Opportunity (AEO), the national nonprofit organization and business trade association representing the US microbusiness development industry. AEO has nearly 400 member organizations that provide training, technical assistance and resources to entrepreneurs across the United States.

Connie’s decision to join AEO in March 2009 was a logical step in her career as a visionary leader, strategist, activist, and social entrepreneur who has founded three organizations. In 1986 she was the founding president of the award-winning Women’s Self-Employment Project (WSEP), the first and largest urban microenterprise development organization in the US and the first adaptation of the Grameen Bank Model to a US urban setting. Connie also pioneered one of the first matched savings program, Individual Development Accounts, in the country. In 2000 she founded WSEP Ventures, a social enterprise hybrid organization developed to serve as a catalyst for social change, economic development and community empowerment. At WSEP Ventures, Connie launched Capital Bridge C3, a fellowship program supporting emerging social entrepreneurs. In 2007, Connie founded CSolutions Consulting, an advisory boutique specializing in solutions that address social change.

As an international development consultant with over 25 years experience, Connie has been recognized and utilized by such groups as the World Bank, the Clinton Administration, a host of local government, private, and independent sector organizations. With international experience spanning 43 countries, Connie draws on her expertise in developing and implementing strategies to further economic development, health and social change in communities.

Connie’s broad experiences across the worlds of business and finance compliment her skills in development finance. She served two elected terms on the Board of the Federal Reserve Bank of Chicago, and was the first African American woman to hold such a position.  Evans was appointed by President Clinton to the CDFI Advisory Board, a fund within the Department of the Treasury.  She also received appointments from President Clinton, the US Delegation to preparatory meetings for the Summit of the Americas, the US Delegation to preparatory meetings for the United Nations Fourth World Conference on Women in Beijing, and again for Beijing Plus Five.

As a strong advocate of good governance in nonprofits, Connie has nearly 20 years of service on philanthropic foundation boards, and serves on a number of national and international boards including the Social Venture Network. She is also the Chair of the Chicago Committee for the African Women’s Development Fund, based in Ghana.