In order to finance higher education, Black families—already disadvantaged by generational wealth disparities—rely more heavily on student debt, and on riskier forms of student debt, than white families do. The additional risks Black students face when taking on student debt are exacerbated by other disparities in the higher education system, including predatory for-profit colleges that engage in race-based targeting. The disparities continue after these students leave school. Due to lower family wealth and racial discrimination in the job market, Black students are far more likely than white students to experience negative financial events after graduating—including loan default, higher interest rate payments, and higher graduate school debt balances. This means that while many Black families currently need to rely on debt to access a college degree and its resulting wage premium, the disproportionate burden of student debt perpetuates the racial wealth gap. To fairly evaluate any higher education reform proposal, we must understand the ways that these dual burdens—less wealth and more debt—lead to worse outcomes for Black students than white students.

In 2019, Americans collectively owe more than $1.6 trillion in student debt,1 and the number of families burdened has grown rapidly: One in five US households now has student loan debt, compared to one in 10 in 1989.2 In the face of these overwhelming numbers, many policymakers have begun to offer their own tuition-free and debt-free college policy plans—and even debt cancellation proposals—as a way to reinvest in higher education and America’s students. These proposals have sparked a fierce debate about who ought to benefit from this endeavor or how new resources should be allocated. Too often, however, these conversations overlook the critical background context of who currently benefits and loses when much of the higher education system is financed through individual debt rather than upfront public investment. 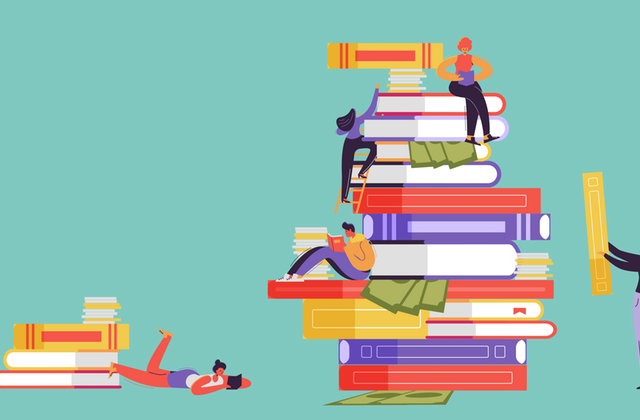