By Erica Hellerstein | The Mercury News

More than 50 percent of Latinos in California struggle to pay for basic expenses like housing, food, and electricity

For three years, Kimberly Esquivel and her family lived in a studio apartment in Oakland, with Kimberly and her sister sleeping in the main room and her parents and two brothers in the hallway.

Esquivel’s father is legally blind and has a kidney condition that prevents him from working. Her mother sells jewelry, but it hasn’t provided enough money to improve their living situation. They can’t afford a car and food adds up. Kimberly, 18, and her 20-year-old sister want to go to college, but they can’t do it until the family’s finances become more secure.

The Esquivels’ precarious situation is not unique. In California, more than 50% of Latino households are hard-pressed to make it financially, despite the state’s booming economy and strong labor market, according to a new report from Oakland’s Insight Center for Community Development. The study found broad swaths of the state’s largest ethnic group living in economic insecurity and earning significantly less than Californians overall, even as many work multiple jobs to try to make ends meet. 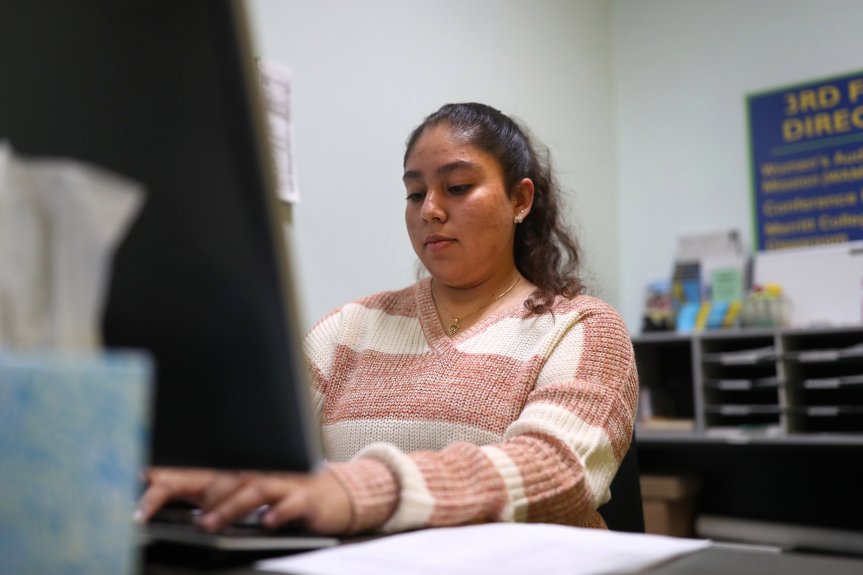