Imagine the tycoons of Silicon Valley engineered a presidential candidate they could really get behind. He would be a man, of course. He would not be a stuffy academic or politician but, like them, a big thinking entrepreneur. He would understand online culture. He would have a slogan that would place technological progress over ideology, something like, “Not left, not right, but forward.” He would be nerdy, but also down to bro out.

This 2020 candidate, of course, is Andrew Yang.

“One of the things that struck me early on about Andrew Yang was the fact that he, in the debates, wouldn’t wear a tie,” says Jessie Daniels, a Hunter College professor in the emerging field of digital sociology. “That was just so perfect. It’s like, ‘Oh, right, you’re one of those guys.’”

The missing tie is just one signifier of Yang’s tech bro identity. His supporters have flooded the internet, waging a meme-centric campaign. He has tapped into a base of mostly young men, whom his campaign targets in online advertising as its key voting bloc. He calls his proposed infrastructure workforce the “Legion of Builders and Destroyers,” which sounds like an e-gaming guild. Then there are his habits that remind us of all the bros we know: Announcing his presence in a newsroom by shouting “IT’S ANDREW YANG” in a manner that only all-caps can convey; crowd surfing; skateboarding; high-fiving; and, as he relayed in his book, naming his pectoral muscles during a period of bulking up at the gym. And there is his wardrobe, filled with staples of the valley vibe where men breeze through billion dollar decisions in jeans. 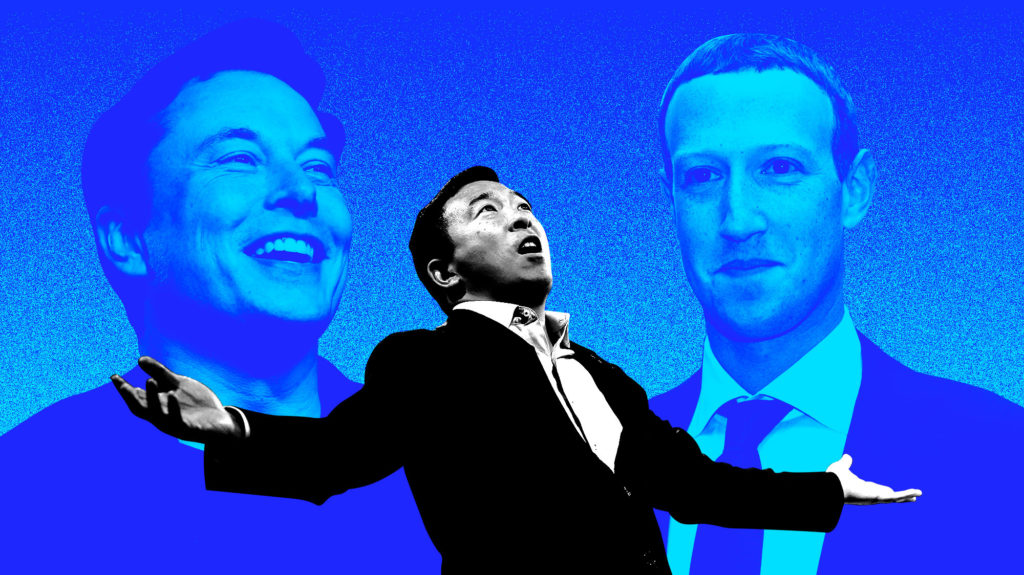