More than 50 million Americans live in economically disinvested communities beleaguered by high levels of joblessness and financial instability. Across California, 3.3 million households are living paycheck-to-paycheck, sleepless at night, wondering how they will pay next month’s rent and feed their families. This reality would be hidden if we used an antiquated measure like the Federal Poverty Line (FPL) to determine the economic viability of the people of California. It is time to stop tinkering around the edges of policy, with economic rules centered on the notion that the market itself is natural, moral and will make us all more prosperous. We must begin to put theoretical debates about how to reduce poverty, improve financial stability and address long-standing racial inequities to the test. All around us are amplified calls to move beyond defensive strategies and incremental steps to bigger, bolder actions. 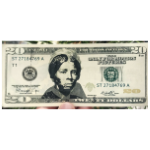 Race- and gender-based wealth inequities are two of the greatest failures of the American economy. Economic policy choices and practices put forth by those in power, such as the GI Bill and redlining, created wealth-building opportunities for white men but established barriers for everyone else. This issue brief explores to what extent and under what type of design a guaranteed income program, that is usually discussed as a way to boost regular incomes, could make a dent in racial and gender wealth inequities. 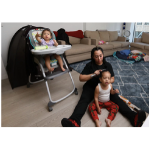 Alexis Gasperecz works the graveyard shift at a homeless shelter for veterans. Around 8 am, when her shift ends, she leaves to take care of her three children until about 6:30 pm when her boyfriend and his mother return from their jobs. By midnight, it’s time for Gasperecz to go back to work after maybe 3 or 4 hours of sleep. 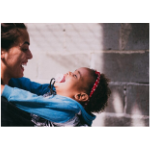 By Aisa Villarosa, Associate Director of Policy and Research

The Central Valley contains less than 1% of total farmland in the United States; and yet, the region grows nearly half of the country’s fruits, vegetables, and nuts—a total annual value of over $33 billion.[1] This is achieved through year-round efforts of the Valley’s agricultural workers on scorching days and cold nights, with little pay or job protection. 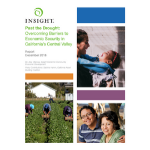 Past the Drought Report | December 2018

Past the Drought: Overcoming Barriers to Economic Security in California’s Central Valley, a report released by the Insight Center in partnership with the California Asset Building Coalition, examines why so many workers in the Central Valley of California are struggling to afford their basic needs. 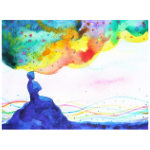 There has never been a more critical, more insistent time to reimagine and implement economic policies to address the rise of extreme racial and economic inequality, and change the rules that govern power and the concentration of wealth. We can and must steer our economy to create a just and fair society that tackles inequality and climate change, and empowers each American to share in the investments that are now hoarded by a select few. The public wealth fund is one key model that has drawn increased study as a way to address these issues.

Click here to read the full piece on Medium. 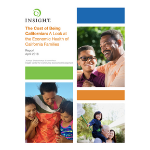 The Cost of Being Californian | April 2018

Our 2018 report, The Cost of Being Californian (PDF, 1.3 MB), highlights the initial key findings from the 2018 update of the Family Needs Calculator, and indicates that the cost of being Californian, particularly for women and communities of color, has become dangerously high. 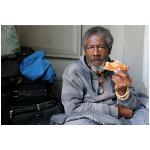 Opinion: Income program must be paired with honest dialog on race | November 2017

By Jhumpa Bhattacharya,Vice President of Programs and Strategy

“Universal Basic Income — a policy idea whereby people receive unconditional funds to help meet their most essential needs — is making waves in California. The city of Stockton is set to launch a three-year pilot program. And Y Combinator, which provides seed funding for startups, is designing a pilot project for Oakland.” 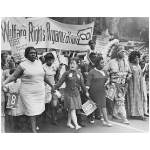 It’s been 40 years since we witnessed a Women’s Convention challenging our nation to take up equal rights of women in education, work, and in their personal lives, but this past weekend nearly 5,000 people, mostly women, gathered in Detroit as part of the inaugural Women’s Convention with the theme of Reclaiming Our Time. 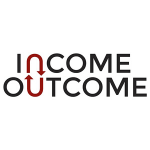 Anne Price was interviewed by Income Outcome, a documentary project that explores the fundamentals of basic income and how this simple idea can help ordinary, struggling Americans overcome a rigged economy to achieve stability, prosperity, and freedom. She had an illuminating conversation on poverty, racial wealth inequality, and basic income. 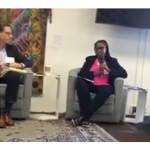