Listen to Anne Price and Alan Aja discuss potential solutions to the crisis in Puerto Rico, racism among the Latinx community, and a sneak peek at a new collaboration coming this fall. 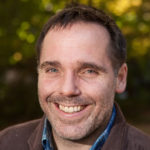 Alan A. Aja is an associate professor and deputy chairperson for the Department of Puerto Rican and Latino Studies at Brooklyn College. He is the author of numerous publications focused on inter-group disparities, economic stratification, public policy, collective action, and sustainability. Alan has focused much of his work on the exclusionary practices affecting Latinx communities (in specific Afro-Latinxs in relation to white/white-passing Latinxs) to better understand the nuances of this very diverse population.

Anne Price, President of Insight, welcomed Alan on the podcast to discuss his book Miami’s Forgotten Cubans, the current state of Puerto Rico, and the history of racialized treatment of the Latinx community in the United States.

Alan described the current crisis in Puerto Rico as a moral fail by design. He pointed to evidence that shows poorer neighborhoods made up of Black and Latinx residents are most often neglected in natural disasters. He shared this truth, and more historical examples, demonstrating that these populations continue to face open racialized treatment in our country.

Alan stressed that the U.S. has consistently exploited Puerto Rico through resource extraction, military interests, environmental contamination, and other actions. Considering the ongoing crisis, he proposed a recovery plan tied to a Job Guarantee as a solution for transitioning the territory to sustainable energy and economic development and to strengthen the overall health and well-being of the Puerto Rican population.

To listen to the full discussion, use the audio player above or subscribe to the Hidden Truths podcast on iTunes.

To learn more about Alan’s work,  explore his faculty profile at Brooklyn College or follow him on Twitter, @AlanAAja1.